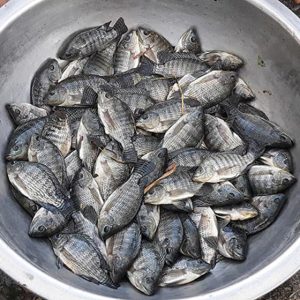 When trying to describe Outreach’s approach to community-led development, a lot of people opt for the old saying, “Teach a person to fish, and they’ll eat for a lifetime.” It’s a fairly universal metaphor for the utility of teaching skills over providing relief, and every once in a while, comes in handy as a literal example of a project underway in one of our partner communities.

Zaldy, an Outreach partner from the Philippines, found that no matter how hard he worked, he was never able to provide enough food for his family. The rice his employer gave him as payment for his labor barely lasted a quarter of the year, forcing him to take out loans to pay for the rest of the year’s supplies. “For every bag of rice we borrow, we have to repay it with three bags,” he tells us, “which is like repaying a $20 loan with $50.”

Others in Zaldy’s community were in the same predicament: Already working at capacity, but continually unable to earn enough money to afford food or household basics. When neighbors gathered for an Outreach-facilitated meeting to discuss their needs, eliminating food insecurity was identified as the most pressing they faced.

Solutions were discussed and prioritized: Requesting assistance from government or non-profit agencies, increased planting of vegetables and fruit trees, acquiring livestock, and operating a fishpond were the most realistic options presented.

“We were excited when we got the fingerlings! At long last, the activity that we used to just talk and talk about finally came true. We now have a ready source of food for our families.”

Around the village, the fishpond had been viewed as a potential source of income and food for a long time, but residents weren’t comfortable dipping their toes into the venture without instruction. “Since we didn’t know where to start [renovating the fishpond], that was all we could do: Just talk about it,” says Zaldy.

After a few more discussions about the steps necessary to revive the pond, 14 community members traveled to a government agency office, “armed with a request letter to avail [us] of their training and resources,” in Zaldy’s words. There, the community members received a full regimen of training, learning how to prepare the water, how to introduce tiny, juvenile fingerling fish into the pond, and how to feed and care for them until they grew large enough to harvest. A month after their visit, the government contacted them to share news that 8,000 fingerlings were headed their way— the ideal number for their pond’s size. 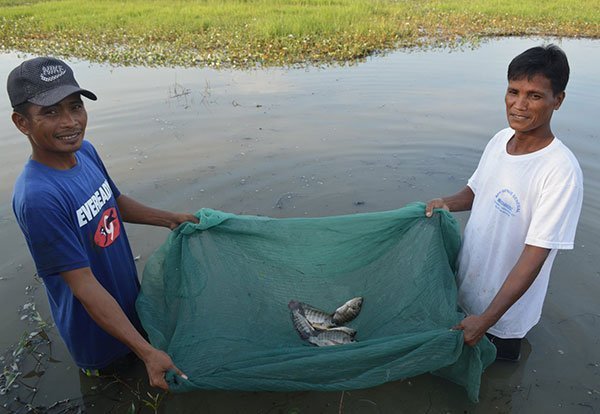 “We were excited when we got the fingerlings!” exclaims Zaldy. “At long last, the activity that we used to just talk and talk about finally came true. We now have a ready source of food for our families.” The first harvest brought in 10kg of fish, and earned a monetary contribution to the group’s operational fund to help pay for future supplies and to provide a small honorarium to the pond’s caretaker.

After nearly a year of operation, Zaldy and his neighbors learned the basics of raising fish, as well as mastering a few advanced lessons in aquatic husbandry. Their first full harvest, in addition to providing meals to families throughout their community, also brought in enough profit to purchase much larger, heartier fish for next year.

After spending all this time guiding a school of fish, it’s natural that Zaldy and his neighbors would come away having learned a few lessons. First, he says, was the importance of planning for a project to succeed. “Once, our efforts were based on whatever came to mind [in the moment]. Now, we come up with a plan; talking through possibilities, and how to manage these scenarios if things don’t go as planned.”

“The second lesson,” says Zaldy, “is the importance of having a guide someone who can teach us whom to approach to help us with our problems.” He’s careful to emphasize, however, that the goal is to learn from others, then use that knowledge as a foundation for future goals. 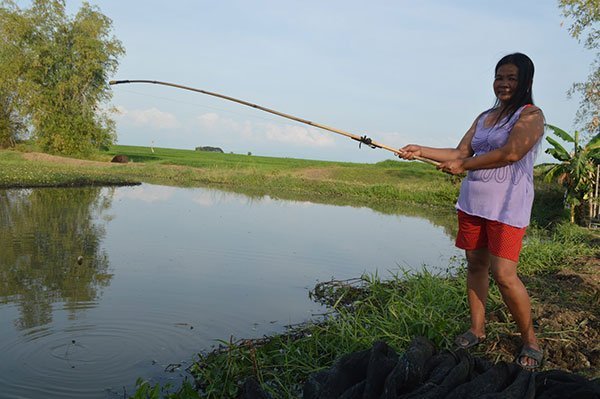 After years of theorizing, rhetorically, that learning to fish is far superior than waiting for gifts of individual fish to come along, we’re thrilled to finally have literal proof. What’s more, we’ve been able to augment our metaphor beyond mere fishing skills teach people to acquire and raise thousands of fish over a period of months, and they’ll eat for generations to come.

Reis, a community leader, chimed in toward the end of Zaldy’s interview, dispensing with metaphor in order to share some plainspoken inspiration: “We are grateful for the huge help from those who guided us. We hope that our story inspires and encourages readers. If they are like us, just starting with their organization or projects, we say, ‘Try and try until you succeed!’ and ‘Keep moving forward!’ Go ahead and dream, but do not stop dreaming. Make sure to accomplish that dream!”

Reis’ point could surely be illustrated with a comparison to a salmon’s upstream struggle, but we’ve had enough fish imagery for a while — such things are only useful in the absence of a literal example of sustainable development. Teach a person to shed excess imagery, and they’ll efficiently wrap up articles like this for a lifetime.

Metaphors don’t put food on the table, action does. Put your money where our mouth is by supporting the amazing things accomplished by our community partners. Donate today!