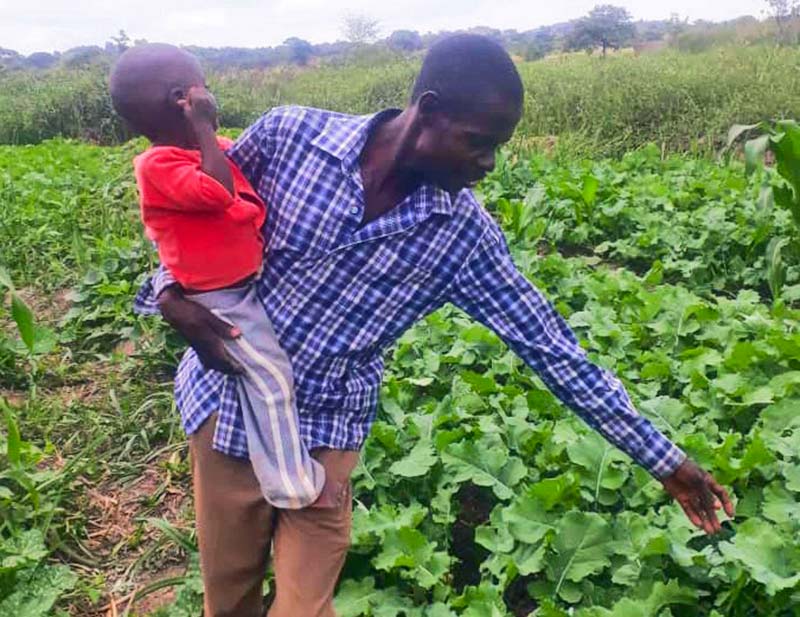 In 2018, Oliver from Kapisha, Zambia was living in a two-room, grass thatched house with his 5 children, 2 nieces, and his wife. Oliver was also renting a 15 x 10 meter plot of land where he was cultivating crops. But many of the crops died because of lack of water.

He was trying to water his plot by hand, using a small bucket and carrying water back and forth from a small water source. Consequently, it would take days just to water his small plot. The work never seemed to end. His family was relying heavily on the crops for food and income. So, Oliver made the difficult decision to keep his children home from school to help care for the crops. Even with all of their work, the sale of Oliver’s vegetables still only provided about $5 per week for the family.

Then in September 2018, Oliver joined 29 other farmers from his community. Above all, they wanted to analyze and address their issue of poor crop yield due to insufficient irrigation. Through the facilitation of Kennedy, an Outreach International supported Human Development Facilitator (HDF), the group wrote a proposal. Subsequently, Outreach International responded, and the farmers accessed 10 treadle pumps to irrigate their crops. After accessing the pumps, the farmers saw almost immediate changes. They were finally able to water larger areas of crops in a short amount of time and were able to water year round! This exponentially increased their crop yield and gave them time to contribute to their families and farms in other ways. 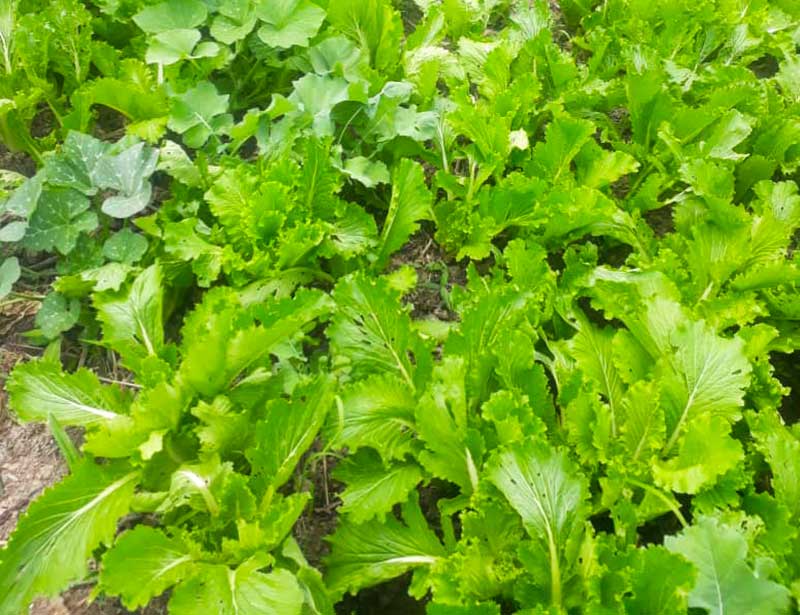 Now, two and a half years later, Oliver has increased his yield. So much so, in fact, that he is making, on average, three times more than he was before! This has allowed him to purchase his own 50 x 50 meter plot of land. He has since sent all of his children back to school, and build a sturdy, six-room home. Oliver shared, “This project has brought joy to me and my family. We are now able to have three meals a day and be able to live in a decent house. Thank you!”

In addition to Oliver, other group members benefiting from this project have been able to purchase land, build better homes, send children to school, and so much more due to their increased income and access to reliable, nutritious food. Another member, Boyde, shared, “When I joined this group, I never thought I would access something as valuable as a treadle pump. It is my dream come true! Now I am able to grow vegetables throughout the year and my kids are back in school.”

Our friend Oliver is a recent, shining example of one way your support changes lives. May the future grow more bountiful with every new season in Kapisha, Zambia!

Donate today to strengthen empower communities to find solutions to issues of poverty! See how other issues are being addressed through Outreach’s process of community-led development.